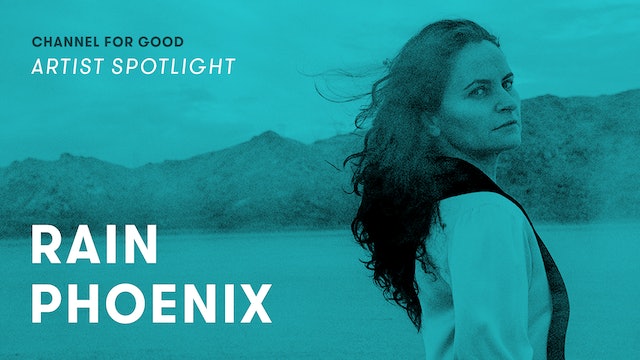 RAIN PHOENIX
Music chooses its vessels early on.
At three-years-old, Rain Phoenix first uncovered her voice. Standing next to late big brother River, she belted along as he strummed “a guitar way too big for his five-year-old body.” Her story as an artist started there. “My first music memory was singing along to my brother at three,” she recalls. “From that day on, I sang with him. We maintained the same connectivity until I was twenty.” These intimate moments set the stage for a fascinating musical journey. At the age of sixteen, she joined River in his band Aleka’s Attic, developing a devoted following based on early recordings such as “Goldmine,” “Too Many Colors,” and “Across the Way.” Rain lent her voice as a backup vocalist to various legendary groups, working with R.E.M. in the studio and accompanying Red Hot Chili Peppers on the One Hot Minute Tour. Alongside sister Summer, she joined new wave punk upstarts The Causey Way in 1997, releasing a pair of albums and EPs. 2003 saw her form papercranes, which she fronted for the next decade through a prolific series
of full-length albums and EPs. Not only did sisters Summer and Liberty guest on various tracks, but the band welcomed a rotating cast of talented friends and collaborators, including Flea, Jenny O, Dermot Mulroney, and Kirk Hellie, to name a few.

A devoted artist-activist, she was also a founding member of the NYC political cabaret The Citizens Band (2004-2012), performing alongside a wide array of notable artists, activists, and musicians. In 2013, she co-founded the folk duo Venus and The Moon garnering acclaim from Entertainment Weekly, Vice, LA Weekly, and more.

Along the way, she also brought numerous film and television roles to life with memorable and magnetic performances. She went from Family Ties to Academy® Award-nominated director Gus Van Sant’s 1993 adaptation of Even Cowgirls Get The Blues alongside Uma Thurman and Keanu Reeves. Her filmography also spans I Woke Up Early the Day I Died, O, Harry and Max, and Hitch.

Additionally, Rain remains a committed philanthropist. In addition to serving on the boards of the River Phoenix Center for Peacebuilding and The Lunchbox Fund and she’s also partnered with The Art of Elysium’s EBStudios to encourage artists to give back.

She founded LaunchLeft “an alliance of left-of-center artists” which currently doubles as a podcast and label home for both Aleka’s Attic and her very first solo record “River”. “LaunchLeft is an artist launching platform where well-known creatives launch emerging artists. It’s about backing artists who are passionate, challenge the status quo and push boundaries with their work whether it’s popular or not,” she leaves off. “My brother espoused this same ethos. He invited me into Aleka’s Attic and taught me so much about all things creative. It’s a platform for mentorship and cultural change. It will eventually include all art forms, but it starts with music—like my journey did.” 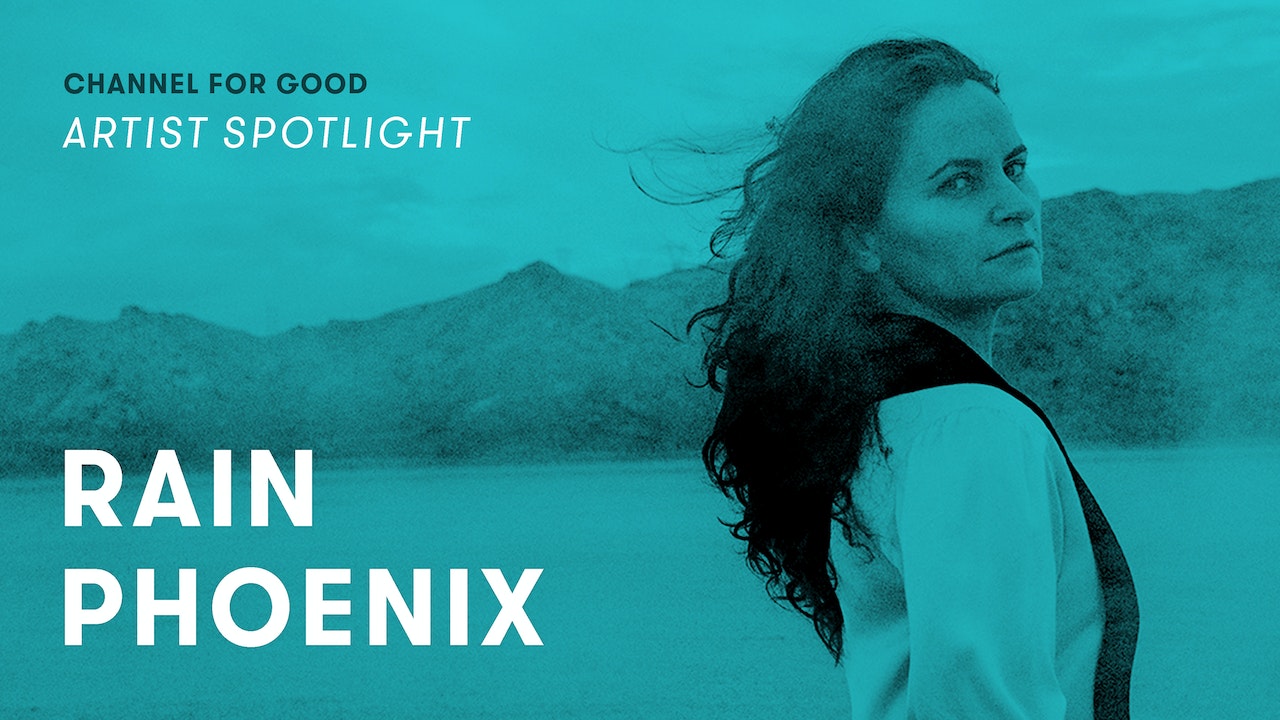