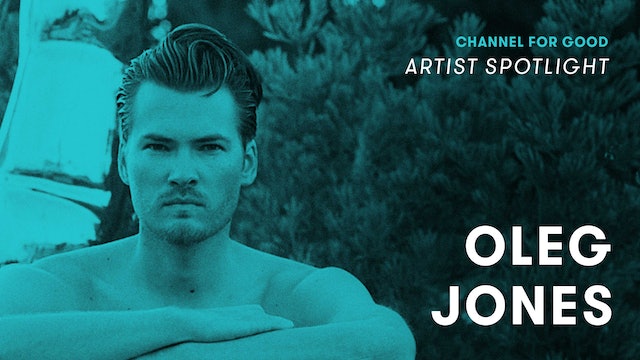 Oleg Jones is an artist, writer, creative director and a clothing brand designer. If Betsy Ross had a child with Jasper Johns you would get Oleg Jones, aka The Betsy Ross of the 21st century. Oleg Jones redesigned the American Flag on the 4th of July. After realizing the US flag was upgraded 27 times throughout the history of this nation (last upgrade in 1960), as an artist he feels we are WAY overdue for an upgrade and since we are now living in the divided states of America, it is time we “UPGRADE TO LOVE”, a message that goes with the new American flag.

Oleg is the Founding Father and CEO of Loving American Inc., a clothing brand designed to spread the message and the vision for a more loving America. His flag design already reached the attention of Gal Gadot, the Wonder Woman through social media. Elon Musk now owns one of Oleg's paintings (the red white & blue version). His very first painting was a mural on La Cienaga & Melrose Place, 2 blocks away from where Andy Warhol had his first solo exhibit. On July 4th 2020 Oleg started a partnership with TheArtofElysium.org to raise funds for the non-profit through fine art prints.

Oleg moved to the United States in 2008 from the Canary Islands, got schooled in New York and is based in LA.